Article relating to the 2017 Laws 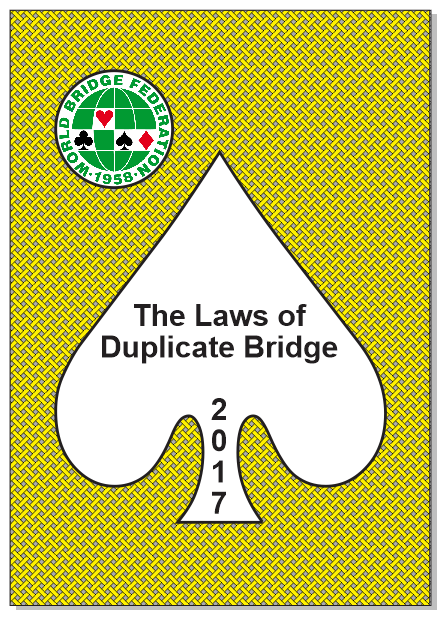 The Laws of Contract Bridge 2017, promulgated by the World Bridge Federation, are now released and printed.

New Zealand will implement these laws from 1 August, 2017.

There were two identified typographical errors in the edition released for publication, and one Law change since publication. These are in the above article.

This is a complete list of changes officially released on or before 15 July 2017.

“The 2017 Laws of Duplicate Bridge are now published.

June 20 2017: Following a meeting of the WBF Management Committee, Law 26B is amended…”

Although Law 26B has been amended, the full Law 26 is below.

There were also two typographical errors in the released version as follows: